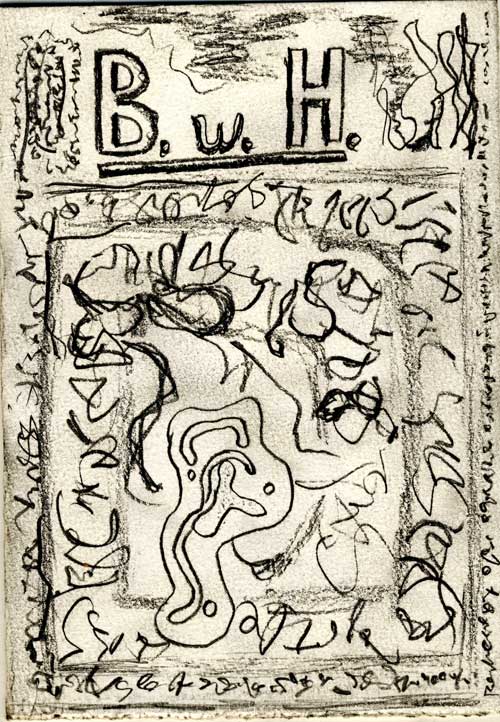 How what I do is or is not the philosophy of the Internet. Well, it is
written here, that is, as a production if and when you read this; it is
then reproduced, flickering at a steady and unacknowledged rate. The
“here” – where it is written – is a doubling; one must take into account
the location of this computer, this keyboard, perhaps this consciousness –
and one equally must take into account the location of its (re)formulation
at your end of things, its appearance on your screen. But who is the “one”
who needs to take this into account – who “must” take this into account,
and where is this one? Even if this were in an older print medium: Who and
where is this one? And if this were an other theory, with an other osten-
sible subject/content – what then? Would the location and exigencies of
textual production figure into its content, beyond red patches and sexual
confessions? How would a tourist play into this? Again, would the location
of your (book or journal) reading pre-figure as well, con-figure the text
itself? Clearly screen refresh rate, flicker, would be of no account –
unless, of course, by virtue of a grandfather clause, a patriarchal
structuring of reading-in-reverse. Consider the page at refresh-rate zero;
it is then a situation of presence or absence, constituted by lighting
elsewhere in the room. What of this lighting? Candle or lantern, incan-
descent or fluorescent; I have almost forgotten to include daylight, as of
no account or perhaps intrusive into the thickness of the presentation.
For I am speaking, above all, of this thickness, this thick transmission
which portends analysis _of_ a subject, the subject _of_ the philosophy of
the Internet – as if there were such a philosophy, as if there were an
Internet (from which a subject, a subject of interest, may be drawn).
There are internets, intranets, clouds, and the appearance of an Internet,
which surely, as a collocation of protocols, users, energy sources, appli-
cations – and so forth and so on – is an irreducible multiplicity, perhaps
a multiplicity of multiplicities. The days of PDAs and lunchbox computers
are long gone and cellphones are on their way out; what replaces these and
more is a continuous and granular technological dialog with both striated
and catastrophic results. Striated – since every communication mode needs
a relatively structured system of channels; and catastrophic – since every
mode teeters on the verge of unknown others. The dialog itself changes, as
do venues and production modes. Even the electronic may give way to the
quantum, just as the electrical gave way to the electronic, and the
mechanical gave way to the electrical. There may be hinge technologies –
the dynamo or vacuum tube – but their predictive value is always problema-
tic (think of cassette tapes or radium/uranium therapies). If one thinks
past these issues, there are still others: those of buffering – for what-
ever one thinks or writes here has to be held in abeyance for imminent and
perhaps immanent access – and those of more or less permanent storage
(forget, for the moment, technological obsolescence and parasitic noise
and decay). In this sense, what one has is a mess of stutterings, retarda-
tions, expulsions, potential wells, electronic and mechanical devices,
codecs, codings and decodings, not to mention the hermeneutics at work in
interpretation, meaning-construction, absorption and reply. Now when one,
that _one,_ puts all of this together, the mess inheres and it seems as if
this were clearly not the way to go, is if there were another way or
collocation of ways, or perhaps no way at all. So studies perhaps attempt
delineation and explanation, or description and unwieldy personal experi-
ence re/presenting simultaneously as subject and object. Everything –
psychology, technology, engineering, linguistics, electronics, cultural
studies, semiotics, gender issues, sociology, anthropology, deconstruction
– these and everything else – figures into an analysis which is always
uncontrollable, unaccountable and unaccounted-for, and what of this analy-
sis when one can’t even harbor a beginning or abstract, a sketching of
grounds to be covered and uncovered – as if there were no grounds, and as
if abstraction itself were lost in body, inscription, and protocol? For if
this isn’t the case, it’s part of the cases, casements, engineering and
construction of what is always fuzzily under erasure – one can’t look at
anything, watch anything even, without economies of attention and elec-
tronics flowing messily in every (directionless) direction. A mess is
always a mess, always inseparable, but a mess might have components, might
have a spectrum of sorts. So is this, what I write, have written, the
philosophy of the Internet? A philosophy of the Internet? Of the Inter-
nets? Of the tubes of the Internets? Of the information highway? Of the
commons? Level playing field? I have no idea, not even of a certain binary
that may or may not underlie each and every letter you* are reading, or
have read, or might have read or would have read, if you are situated,
that is for a moment (and that moment is modernism), before this text, as
it is constituted or reconstituted, this text, or any other text, for that
(virtual) matter; one ends with ellipsis…my three little dots…[…] –
one fails (I fail), neither a beginning nor an ending, she

*you: Who is this you, who has been this you? For example: “its appearance
on your screen”: What of possession, of a habitus falsely taken for gran-
ted? Where is the tourist here? Why must _one_ take this or that into
account? Why is this, why has this been or not been, (a, the) philosophy
at all? Again – there are so many holes – “Even if this were in an older
print medium”: How is a text _in_ a book? In a page? On a page? Is a book
a print medium? Does a book have any relevance here? If this were in an
older print medium: What is the “this” that, seemingly, has been freely
and effortlessly transported? Is such transport possible? (Someone weeps:
I’m not guilty, it’s not my font…)