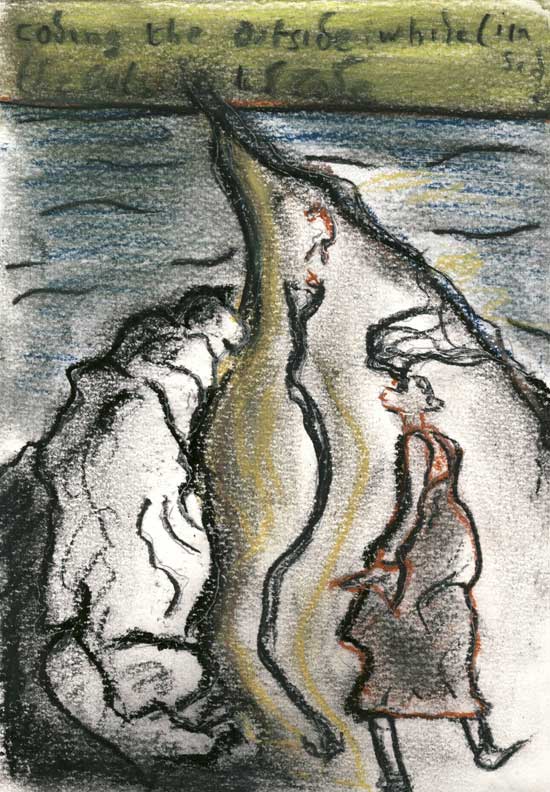 al·ly adv.
Word History: The history of paradise is an extreme example of amelioration, the process by which a word comes to refer to something better than what it used to refer to. The old Iranian language Avestan had a noun pairida

za-, “a wall enclosing a garden or orchard,” which is composed of pairi-, “around,” and da

za- “wall.” The adverb and preposition pairi is related to the equivalent Greek form peri, as in perimeter. Da

za- comes from the Indo-European root *dheigh-, “to mold, form, shape.” Zoroastrian religion encouraged maintaining arbors, orchards, and gardens, and even the kings of austere Sparta were edified by seeing the Great King of Persia planting and maintaining his own trees in his own garden. Xenophon, a Greek mercenary soldier who spent some time in the Persian army and later wrote histories, recorded the pairida

za- surrounding the orchard as paradeisos, using it not to refer to the wall itself but to the huge parks that Persian nobles loved to build and hunt in. This Greek word was used in the Septuagint translation of Genesis to refer to the Garden of Eden, whence Old English eventually borrowed it around 1200.
http://www.thefreedictionary.com/paradisiac