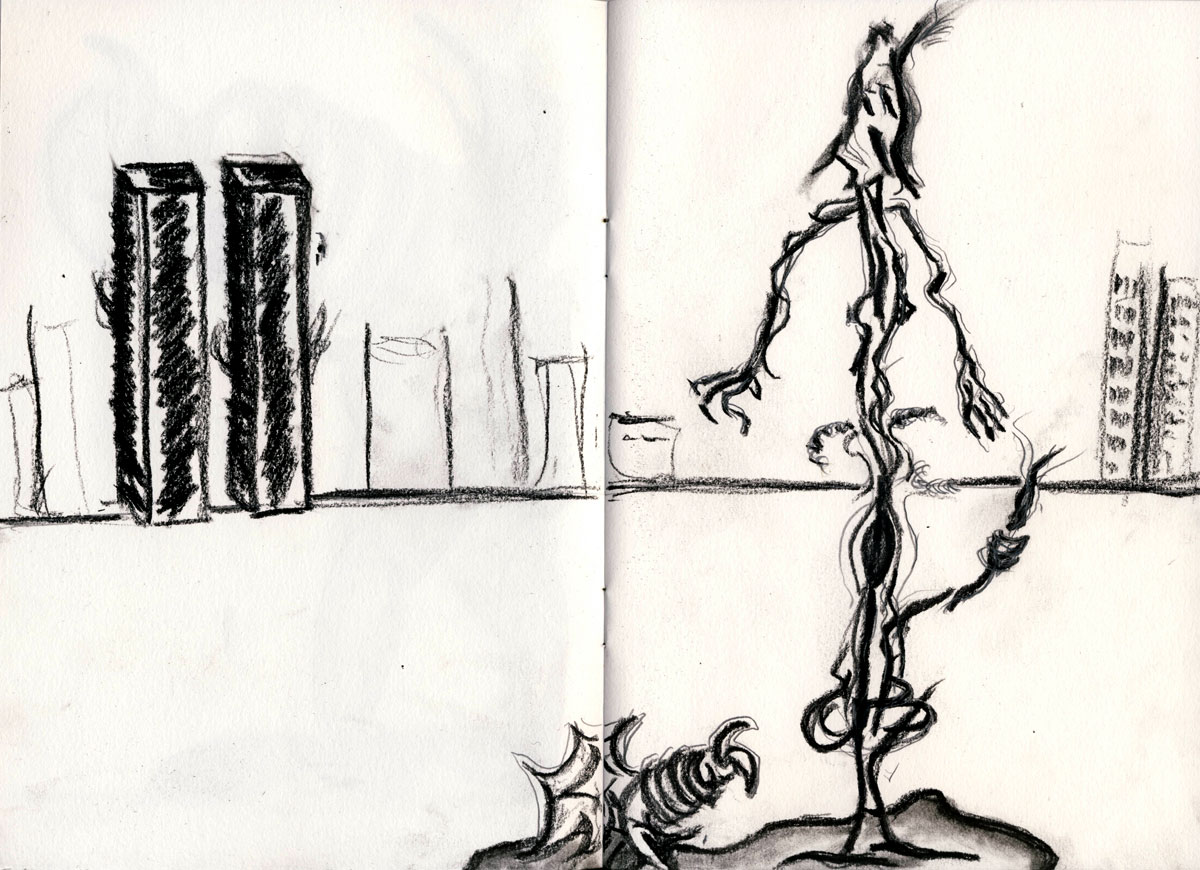 “Ranke sweaty froth thy Mistresse’ brow defiles,
Like spermatic issue of ripe menstruous boils,
Or like the scum, which, by need’s lawless law
Enforced, Sanserra’s starved men did draw
From parboiled shoes, and boots, and all the rest
Which were with any sovereign fatness blest,
And like vile lying stones in saffroned tin,
Or warts, or weals, they hang upon her skinne.
Round as the world’s her head, on every side,
Like to the fatal ball which fell on Ide,
Or that whereof God had such jealousy,
As for the ravishing thereof we die.
Thy head is like a rough-hewn statue of jeat,
Where marks for eyes, nose, mouth, are yet scarce set;
Like the first Chaos, or flat-seeming face
Of Cynthia, when th’earth’s shadows her embrace.” 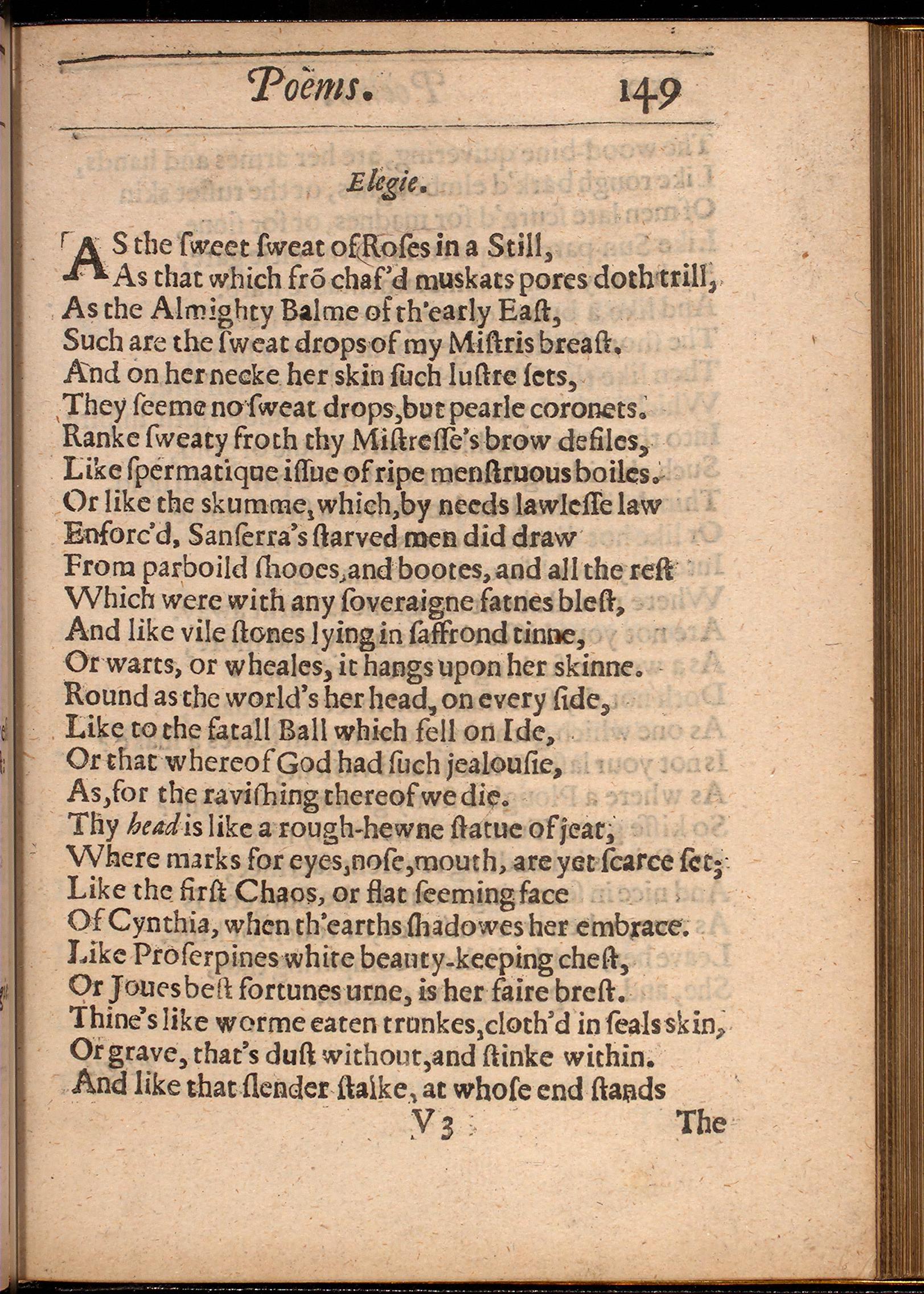 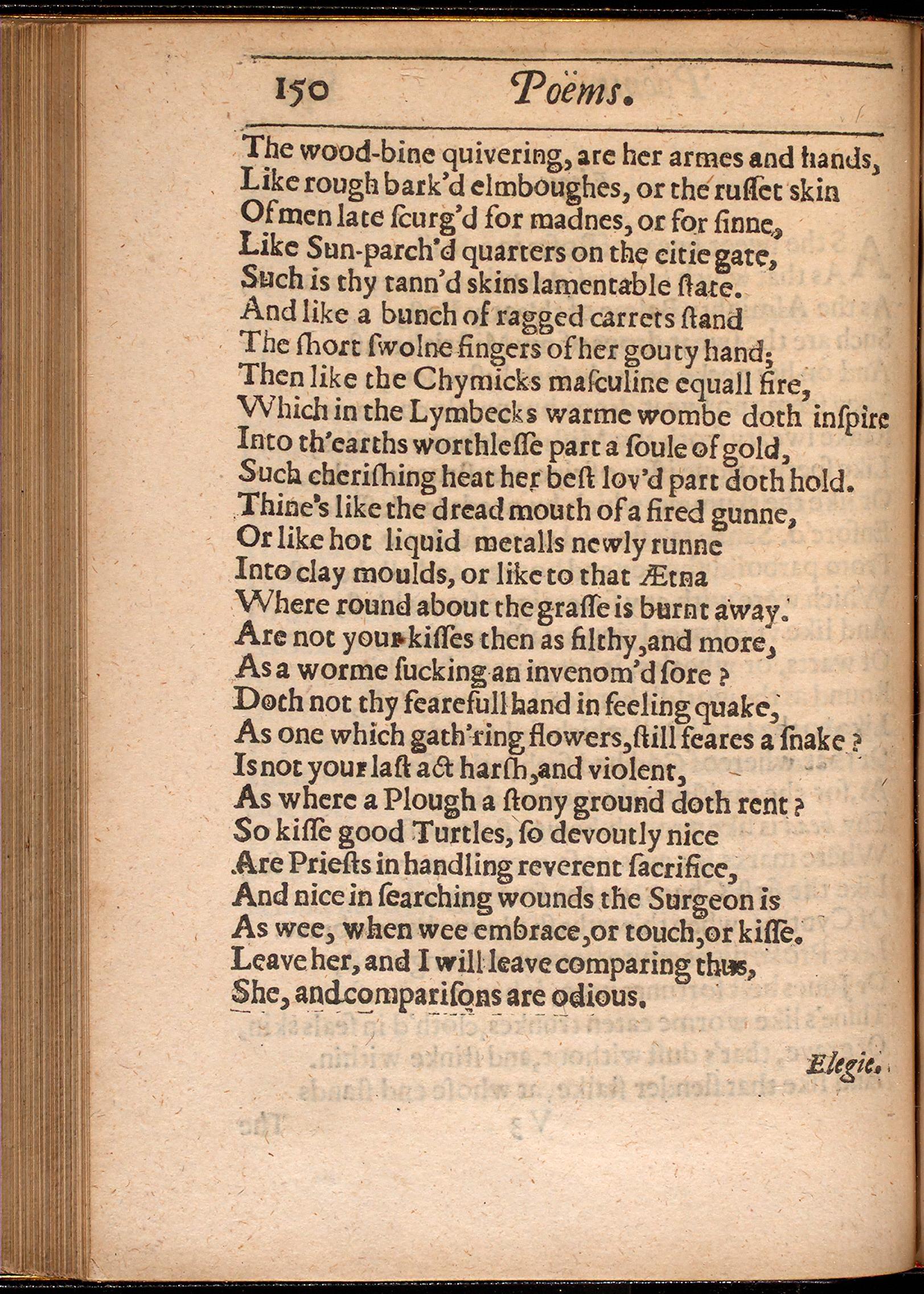 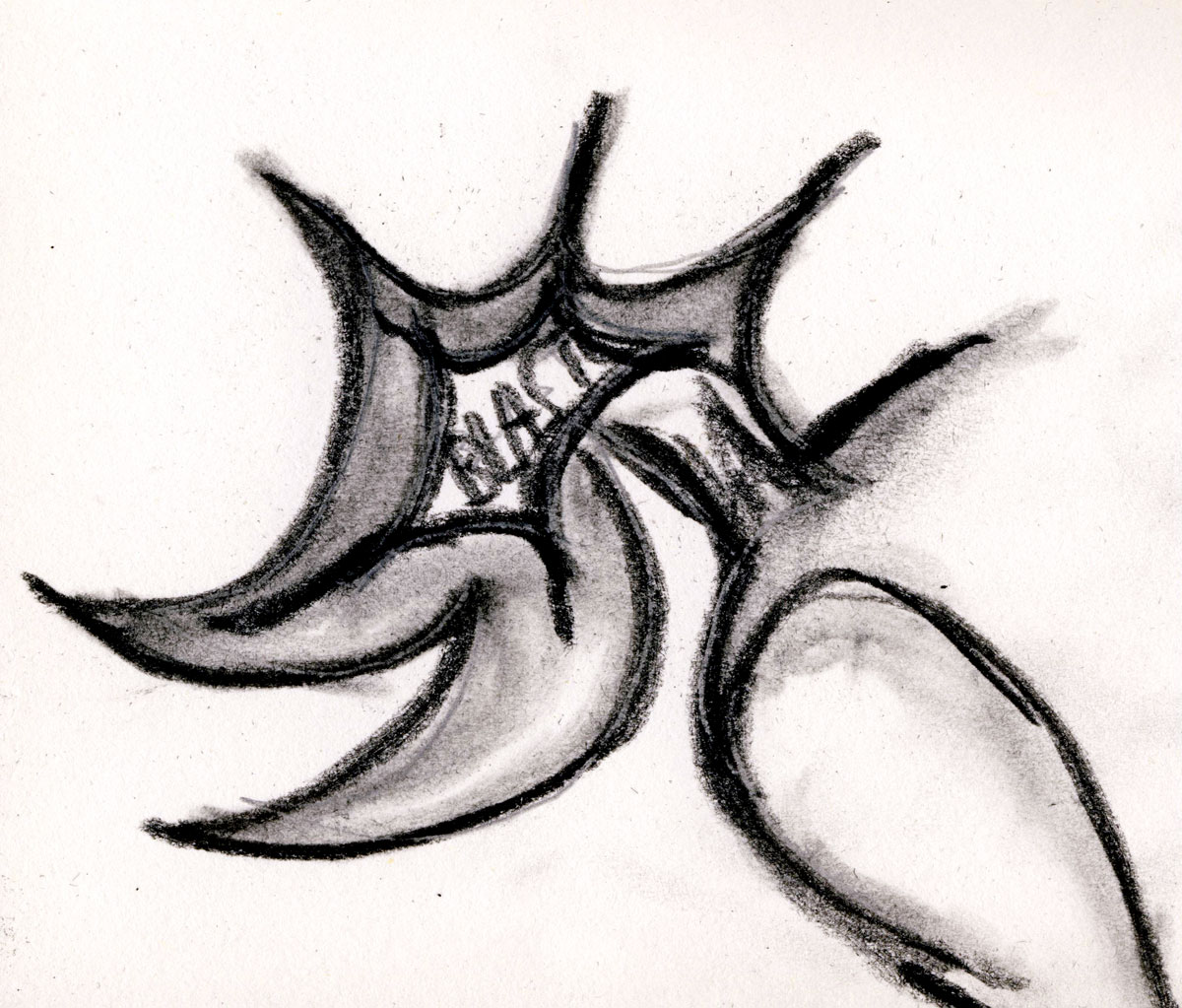