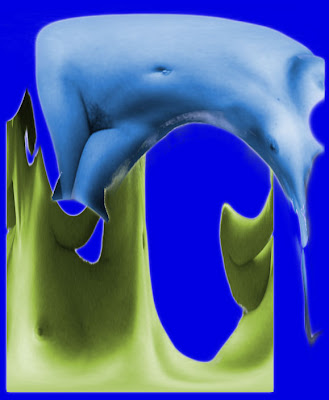 Suppose you are a photographer out to get the ultimate shot of your fabulous model.

“Taking a photograph _ means_ you don’t take
photographs of everything else you could have taken a photograph
from.”

” Applying a filter to an image is like or means selecting that filter,
using those parameters instead of all the other possibilities.”

A rather negative exclusion of a wealth of possibilities in favor of one that is then extremely hard to come by, a rare event. Again, a self-inflicted form of artificial scarcity. The essentialist capitalist move.
In an archaic attempt at a reversal of fortunes, people like Badiou would then perhaps be claiming such a rare event requires loyalty of the artist who ‘lived’ it, it would need to be defended as a conquest that might get squandered into oblivion again if the artists isn’t loyal to it, dedicates his life to, well, doubling it? Revomit your own revolution zum kotsen.

A bit harsh yes but I would be inclined to critically reject such statements harshly.
For they do attempt to deafen us thru definition. Literarly: they only have the end result in mind, a finality. The focus on what can be produced finally.
For me that is bollocks, it only serves the aim of registering an activity as commercially interesting ‘Art”. Or food for the ever hungry rhetorics of upheaval in the name of whatever serves as the Molog. We don’t want those kind of events. we need things to happen.
From a procedural point of view the end result is what is left of the process, it is its garbage, not its purpose.

Any meaning that can be attributed to the final picture is a byproduct of it being a dead end. The end product is merely a marker for others to recognise a worthwhile process, its environnement, the timeplace surrounding it.

Is a beautiful picture, a landscape, a sensuous face, a good photograph such a ‘dead end’? Surely not. It has beauty, it can resonate with all your feelings, it can have all properties you might associate with the word ‘art’. And good photo’s can be quit exceptional.

Likewise the produce of visual artists working with image manipulation can have similar effects on the viewer. Still, i would reject the statements. Insist that from within, from the logic of the procedure of taking photographs, making image manipulation, from that point of view, the end result is indeed a dead end. Nothing can be done beyond that point that wouldn’t either annihilate the process or change it beyond recognition.

The garbage, what remains, is in fact a point of departure, the marker of the timeplace co-ordinates, where the flight of the monadic authoring process away from its decisive move into matter took place. After that point, or rather, away from it, there is no relation of the authoring process to the trace of its activity whatsoever. Every perception of involvement of the author with that place beyond its exact spot, is a hysteric blurring required for the real to be humanly supportable. We need to know what we are doing, we need the illusion of breaking off from the inevitable (while being mortally attracted to it).
Looking back on it, the birth of that terrible beauty, i.e. looking at it, the illusion of time might induce the author to believe she has still some power over it, that she could still change the ‘thing’ that her trace has become. But she can’t. Every actualisation of potentiality is an irreversible act. What can be seen has always been, and it will remain, although decaying. The distance of perception disfigures its object.

You might object, ok i see your point but isn’t that just a shift a reversal of perspective that isn’t grounded in anything real, that has no gain in it. Well i ‘d say that you would need to agree that ‘gain’ in this context can only be understood as a surplus of positive effect in comparison to the alternative. And what a world of difference doesn’t it make to look at an achievement, a past process not as a decision not to take an uncountable number of possibilities, but as a positive continuation of a movement along its only possible path as far as it goes.

Instead of the postmodern indecisiveness, the sitting duck of ‘Anything Goes’, the procedural shift of perception offers us the orgastically rewarding satisfaction of a movement ‘As Far As It Goes’. Let’s now rewrite the fiction of you as a photographer.

You approach the model, day in day out, search for the image that is definitely ‘there’, you can almost feel it. But you’re groing weary and just when you were about to give it up, be satisfied with what you’ve got, a mere shadow of the idea in your head, a construed configuration of where the moment should take place, just then the darn thing _happens_. She turns her head at something you said, starts a smile and just as you push the button the first sound of her joyous laughter enters your ear, cause a chain reation that makes you shift your balance, move the camera just an inch left, so that a fragment of the reflected sunlight enters the lens.

What happened? Can anyone explain? Of course not. You’d have to repeat the whole process, what was in your mind, in hers, what time it was etc.. We could recode the entire process for as far as data persist and can be perceived as persisting towards the event, but that would always be limited to just a fiction. The fiction of selection. But you didn’t choose against those things, nor actively excluded any other thing. The only thing you did was let it happen, there, at the right time, it’s only time because every place is unique and you had been searching for thát spot for, well, let’s not exagerate, you’ve got a bit of a camera habit, two weeks.

* there is i think a major difference in this context, i will try to come back to that later. Here the reference just serves to allow the illustration, i don’t actually have any decent photographs let alone a fabulously looking model. Boo.