Noemata.net has a new blog on some issues:

“In an uncanny repetition of the copyright struggles that first emerged during the period of Romanticism, the excesses of the capitalist form of intellectual property are opposed, but using its own language and presuppositions. Creative Commons preserves Romanticism’s ideas of originality, creativity and property rights, and similarly considers “free culture to be a separate sphere existing in splendid isolation from the world of material production. Ever since the 18th century, the ideas of “creativity” and “originality” have been inextricably linked to an anti-commons of knowledge. Creative Commons is no exception. There’s no doubt that Creative Commons can shed light on some of the issues in the continuing struggle against intellectual property. But it is insufficient at best, and, at its worst, it’s just another attempt by the apologists of property to confuse the discourse, poison the well, and crowd out any revolutionary analysis.”

J. Richardson in an essay on ´Intellectual Property’. 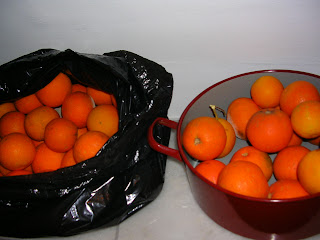 “we have some oranges for sale
please contact us”