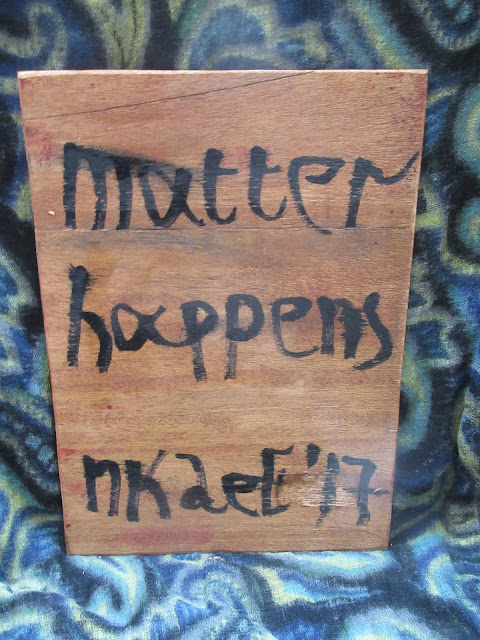 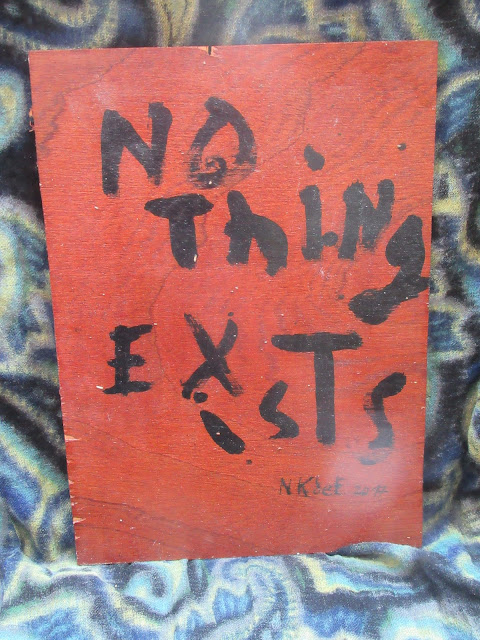 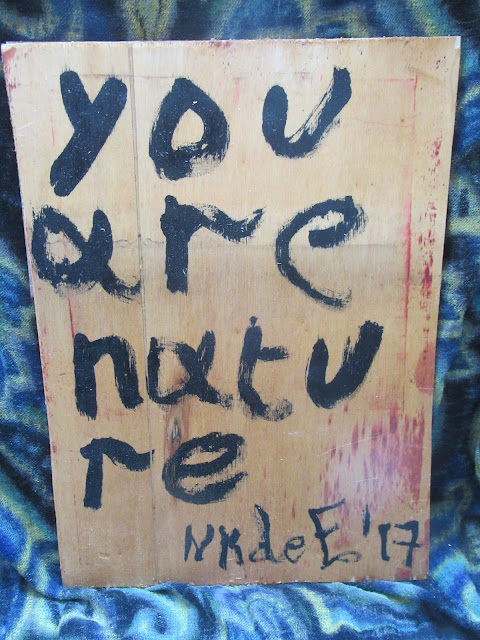 The world cannot take any more information than it has. It is always full, always being the everywhere viewed from anywhere, like eg your spot.

1. If you change your spot, the information does not dislocate itself, nothing is lost. This can be proven by changing to your old spot again.

2. If nothing is lost when you change your spot, nothing can be gained by changing your spot.

3. Information can only be made available to you by changing your spot. Or by having it redecorated, but you can´t redecorate your spot without changing it.

4. Untsoweiter. By the time you have gone through the proof in its entire 3125 stages, the proof will have proven that the world cannot take any more information than it has.

HOW TO ACCESS THE TIMES OF ANY GIVEN PERIOD

You see, Blogger saves your drafts automatically now!
Ok, ok cut the crap, but it’s no use you see, there’s nothing i can say or write or perform that would not have been there otherwise. Before things got connected there was no way of telling this. Things moved. Something happened. There was a noise in the air, an audible sign of progress or regression, growth or decay, there were seasons, blossomings.

Today all you hear is the silent clash of files hitting files creating files logging the files that were created. When people weep one eye glances sideways to check if the suffering is being registered. The balance needs to check out. We need to double-check.

In any language there are always at any given moment certain phrases being used excessively that are an indication , a mot-clef, well let´s call it incorrectly but fashionably a sjibboleth of the times.
If you want access to the times of a certain period, you need to unplug something in a dark and moist Moment of the times and when asked provide this sjibbolething accurately and promptly. Otherwise THEY will come and get you.

Now, most of the time these phrases are either awkward uses of words or downright mistakes against the language rules. In Dutch, for instance, until quite recently the word ‘nachecken’ was ubiquious.

Strictly speaking, ´nachecken´ (verb, meaning: to check) is a contaminated use, mixing the correct Dutch for ‘to check’ namely ‘nakijken’ with it’s English equivalent.
There’s a comparable instance in Dutch with ‘afprinten‘, a contamination of the correct ‘afdrukken’ with ‘printen’, an English word that like to check has been accepted as a loanword by most dictionaries. both language errors are underway of becoming accepted as regular Dutch, something that bothers me as a poet writing in my beloved language, but hardly anybody else, which is the way things should be. You can´t have poets deciding on language, that would be something like having the legislative powers intervening with the actual jurisdiction.

As poets we can and should scream and make all kinds of fusses about abuses of our language, it´s up to the judges to speak as they see fit.

Anyway, as it happens, and in all its ugliness, ‘nachecken’ is a perfect expression of our current inability for genuine emotion. We need to double-check in our represented, time-lagging versions of the happenings that are utterly strange to our paranoid identities if the emotions check-out.

In a previous stage the Dutch ‘sjibboleth’ ( i wouldn’t know about English, you need to be active in the speech-community to figure these things out) was ‘ik heb iets van’, an expression , literally meaning ‘i have/sense something from’, would be followed by a completely meaningless silence, merely waiting for the addressee to acknowledge the awareness of a inexpressible object within the consciousness of the speaker. Instead of using this expression, just saying ‘i think this or that’ would amount to exactly the same message, so that was/is in fact the functional use of the phrase. Ofcourse the added strategy of ascribing the thoughts to a mysterious object so as to avoid taking any responsibility for the thought itself, pleading in advance that the object is responsible, something external to the individual from which the individual is actuaaly suffering. Anyway, you get the analytical drift.

The ‘ik-heb-iets-van’ phase is still more-or-less active, so these keywords/phrasings do overlap in time (as well as being dynamical within their geographical spreading i suppose). I always thought the need to establish an object in order to be able to vent ones opinions is well, er, dubious. But i’d have to double-check that, perhaps.

You see, at any point in your life there might be really a neverending list of reasons to prefer to package whatever you are thinking in a huge heatsink of delirious ranting, obscene noise and sheer madness. As Seneca, arguably the most infamous bore in the entire intellectual history of mankind, once said, a clever person knows when it is time to speak out, but only the wise know when to be silent.

Ok, that’s the end of your message. UPQPTPIS!!!