we have a design!

I’m making a table, to be sold on Ebay when it’s done. I will be selling it in order to buy me some time for the Khlebnikov thing in August.

The table is part of the Thing as it happens. It’s the code of Plateau 15 of the Path of the Weeping Night applied to painted toys, garbage, glass and paint.

Here’s some pictures already, my daughter Charlotte took most of them: 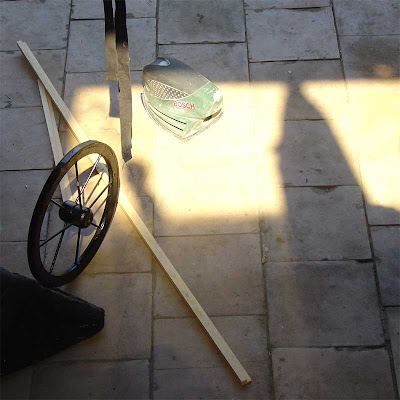 the wheel’s from an old toy charriot 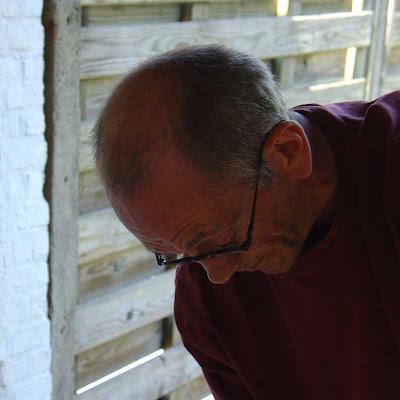 me while i’m at it 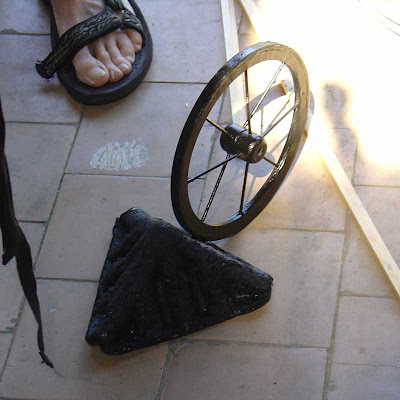 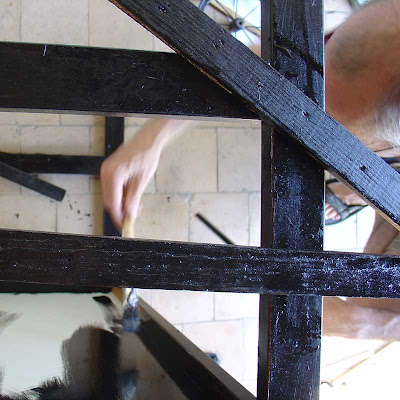 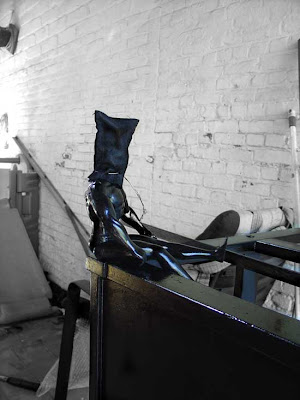 Here’s the main figurine sweating it out in his sack of felt ( that’s vilt in Dutch): i bought this male barbie doll for less then 2 euro in the recycling shop.

All of it ’s garbage, in fact.